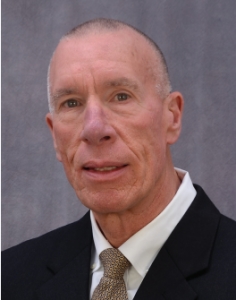 When Todd Johnson graduated from Daviess County High School in 1972, he had no intention of going to college. After seven straight midnight shifts at a local aluminum plant, however, Johnson decided college was for him after all. At the University of Kentucky, Johnson became the first metallurgical engineering student to Co-op. His Co-op experience at Armco Steel resulted in Johnson receiving several job offers upon graduating in 1979.

Choosing to work near his hometown of Owensboro, Ky., Johnson took a position at Alcoa. By 1981, he was ready for a change and joined ARCO Metals in Louisville, Ky. At ARCO, Johnson worked in the foil business, which was a significant change from the can stock production he was familiar with at Alcoa. However, when ARCO Metals decided to build a casting and rolling mill, Johnson was one of only a few that had the experience the company needed. He became an integral part of the design, build and startup team for Logan Aluminum in Russellville, Ky. After a brief stint with ARCO in Chicago, Johnson began working at Logan and was promoted several times over 10 years.

In 1993, Johnson was promoted and transferred to Alcan in Elizabethton, Tenn. During his six years at Alcan, he learned the aluminum billet casting and extrusion business. This experience led to a position as managing director of operations for Hydro Aluminum. In this role, Johnson oversaw the design, construction and startup of a brand new facility in Henderson, Ky. He also contributed to the design and construction of Hydro facilities in Texas and Spain.

In 2005, Johnson and his partners began discussing the possibility of building an aluminum billet casting facility of their own. Their vision was to supply customers with superior quality and service with a work force that took ownership in the company. In 2007, construction began on Alexin, LLC located in Bluffton, Ind. Production began in November 2008. In spite of the severe recession that followed, Alexin prospered. As an owner and vice president of technical services, Johnson is responsible for the metallurgical and quality processes of the facility.

As board president of the Caylor-Nickel Foundation Family YMCA in Bluffton, Johnson assisted with a capital campaign that raised $8 million to build a new YMCA.

Johnson is a current member of the Bluffton Chamber of Commerce, Habitat for Humanity and Young Life. He serves on the SECAT Board, the University of Kentucky Chemical and Materials Engineering Advisory Council, as board president of the Caylor-Nickel Foundation Family YMCA and as a Sunday School teacher for his church.

Johnson lives in Fort Wayne, Ind., with his wife, Nancy. They have three children—all of whom are UK graduates—and one grandchild.