A unique partnership between an engineer and a scientist at the University of Kentucky has produced data that is challenging prevailing wisdom about a potentially life-threatening parasite's behavior and revealing possible targets for treatment. 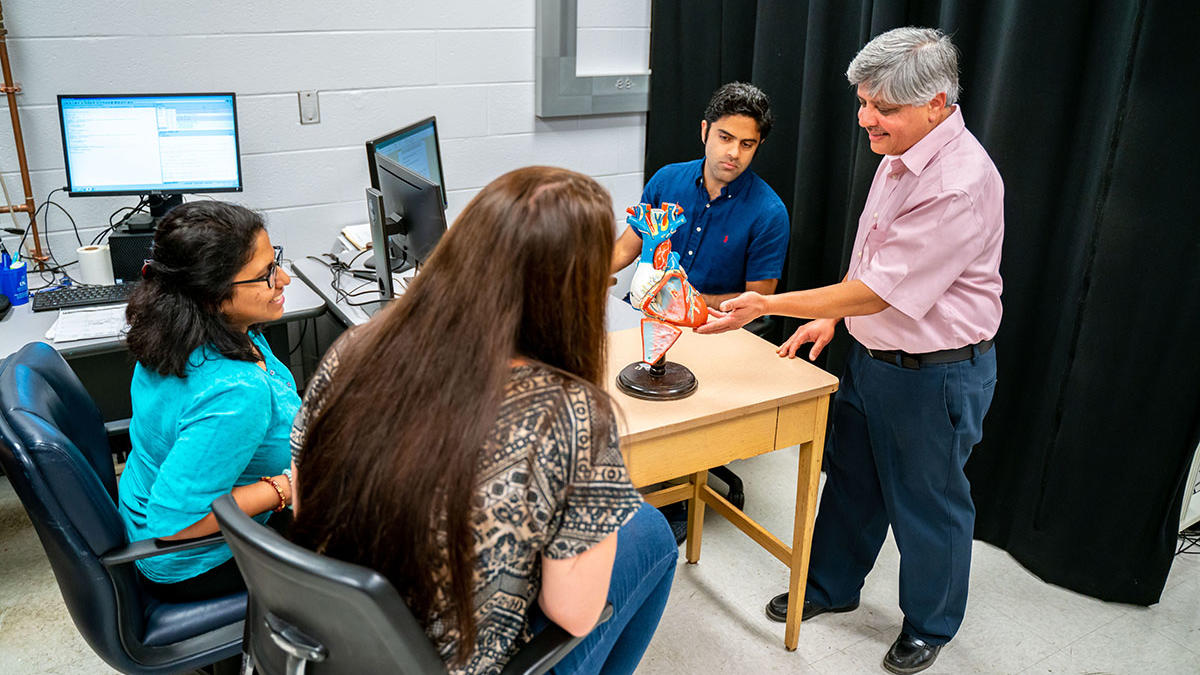 Toxoplasma gondii is an insidious parasite that infects one out of three people on the planet. Exposure to feces from infected cats makes it colloquially known as "kitty litter disease." However, the most common form occurs by eating undercooked, contaminated meat, which develops as tissue cysts in the muscles and brain. According to prevailing scientific wisdom, the cysts remain in a dormant state capable of reactivation, though the mechanisms by which it reactivates are unknown.

According to Dr. Anthony Sinai, professor of microbiology, immunology and molecular genetics in the College of Medicine, the real trouble begins when these parasites reactivate in the brain — causing potentially fatal consequences. Tennis legend Arthur Ashe is perhaps the most well-known person to succumb to the disease.

For about 40 years, the accepted scientific notion was that the parasites residing in these cysts were dormant. The primary treatment objective, according to Sinai, was to reduce the number of cysts or to prevent them from reactivating. The problem was that existing treatments weren't at all effective, and methods to screen for new drugs were inefficient and unproductive.

"Previously, we had simply counted the number of cysts — overlooking the fact that each cyst had a wildly different number of parasites contained within," he said.

Sinai wanted to know how many parasites were contained in each cyst but quantifying that data for dozens of cysts would require a manual count, which he estimated would take a "skilled, motivated technician" about a week to accomplish — with notable potential for human error.

Then, at a campus meeting, Sinai met Abhijit Patwardhan, professor of biomedical engineering in the College of Engineering, and told him his dilemma. Patwardhan developed software for Sinai that could quantify the number of parasites in a cyst in a fraction of the time — less than an hour and with complete accuracy.

What's more, the software showed that there was a lot more diversity and heterogeneity within these cysts, suggesting something else was afoot. It led the team to ask what at the time was a "very heretical" question: are these parasites actually dividing when they've previously been considered completely dormant?

"Abhijit started to recognize patterns in the numbers that as a biologist I was glossing over, but as a mathematician and an engineer he was seeing," Sinai said. "This this was something really unique: we were looking at the same data and seeing completely different things that were actually tied into each other."

Like two pieces of the puzzle, Sinai's and Patwardhan's viewpoints merged to uncover patterns inside individual parasites that revealed unprecedented insights into their physiology. This was key to understanding the basis for drug resistance, identification of novel drug targets and exposing the mechanisms governing reactivation.

Patwardhan said his "light bulb moment" came from an unexpected place: the southern part of India.

"Some structures within the parasites look like squiggles, which reminded me of the Malayalam script used in the southern part of India," he explained. "I realized that this challenge was really no different than training a computer to recognize handwritten script."

Patwardhan's work demonstrated that not only were these parasites actively replicating, but they were doing so with a level of complexity that nobody had previously appreciated.

"We effectively turned the field upside down. Now, one is really forced to reconsider a lot of what had been taken for granted," Sinai said.

The dogma-defying finding — and the technology Patwardhan cleverly adapted to unearth it — is being leveraged into a computational modeling framework to gain predictive insights into infection progression, with significant potential to improve treatment strategies.

"Immunosuppressed patients who are infected with the parasite must be on prophylactic drugs in case the parasite reactivates," Sinai explained. "However, the drugs have significant side effects, which stifles treatment compliance."

"If we're able to predict when a patient is at risk, maybe we can adjust treatment — even let patients go on a drug holiday — when the chance of the parasites reactivating is really low."

Sinai credits Patwardhan's slightly different vantage point as the catalyst for this important new discovery. "He saw patterns that nobody had even predicted existed five years ago, do in fact exist, and may be exploited," Sinai said. "To now be a few steps away from being able to apply it potentially in clinical practice, in testing new drugs, in driving how drug treatment happens, that's truly amazing."

Patwardhan said that Sinai’s willingness to challenge the prevailing wisdom in his field was critical. “Not many investigators are willing to do so; there is professional risk that comes with it."

As the saying goes, with great risks come great rewards.

Patwardhan and Sinai took a chance on collaboration. What started as small talk is now changing the way science views toxoplasmosis. Their revolutionary work is just one example of how UK fosters collaborative research across traditional boundaries.

"The environment is ripe — the opportunities are there. It's up to us, as investigators, to grab those opportunities," Sinai said. "We are at the orchard, and the trees are laden with fruit. We just have to fill our baskets."

The team's work has caught the eye of the National Institutes of Health, which has awarded the pair a $1.1 million, three-year grant to continue their study. 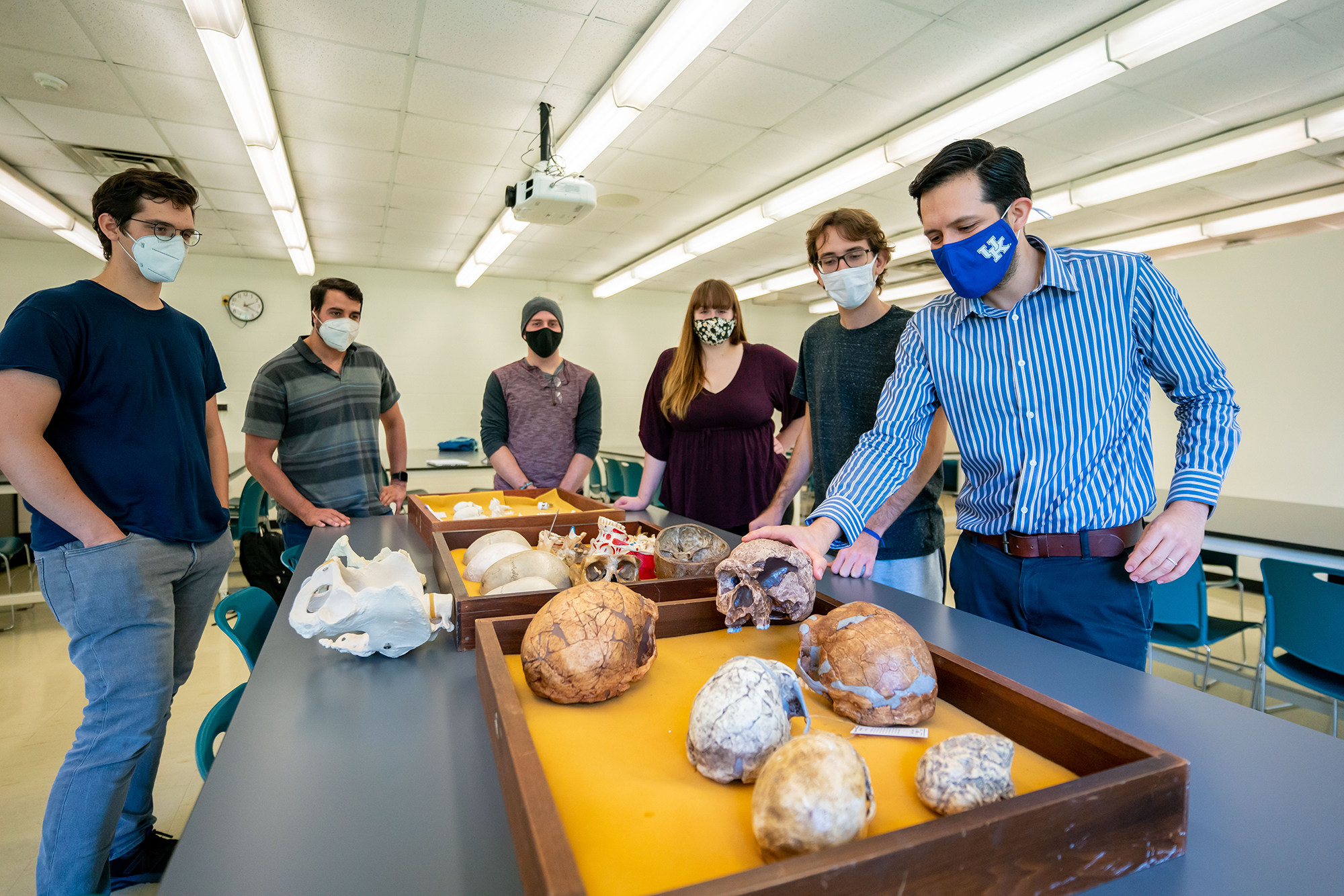 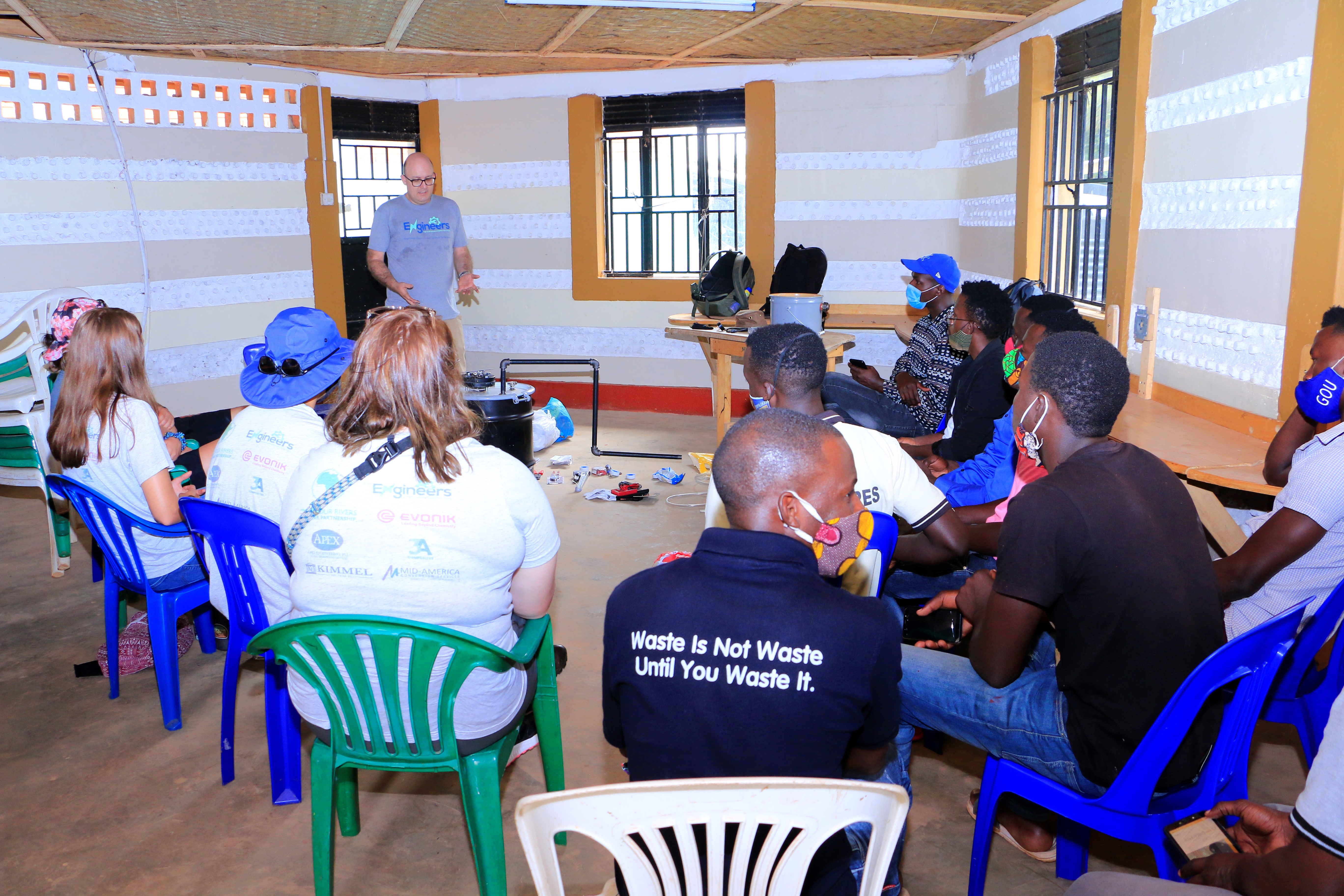 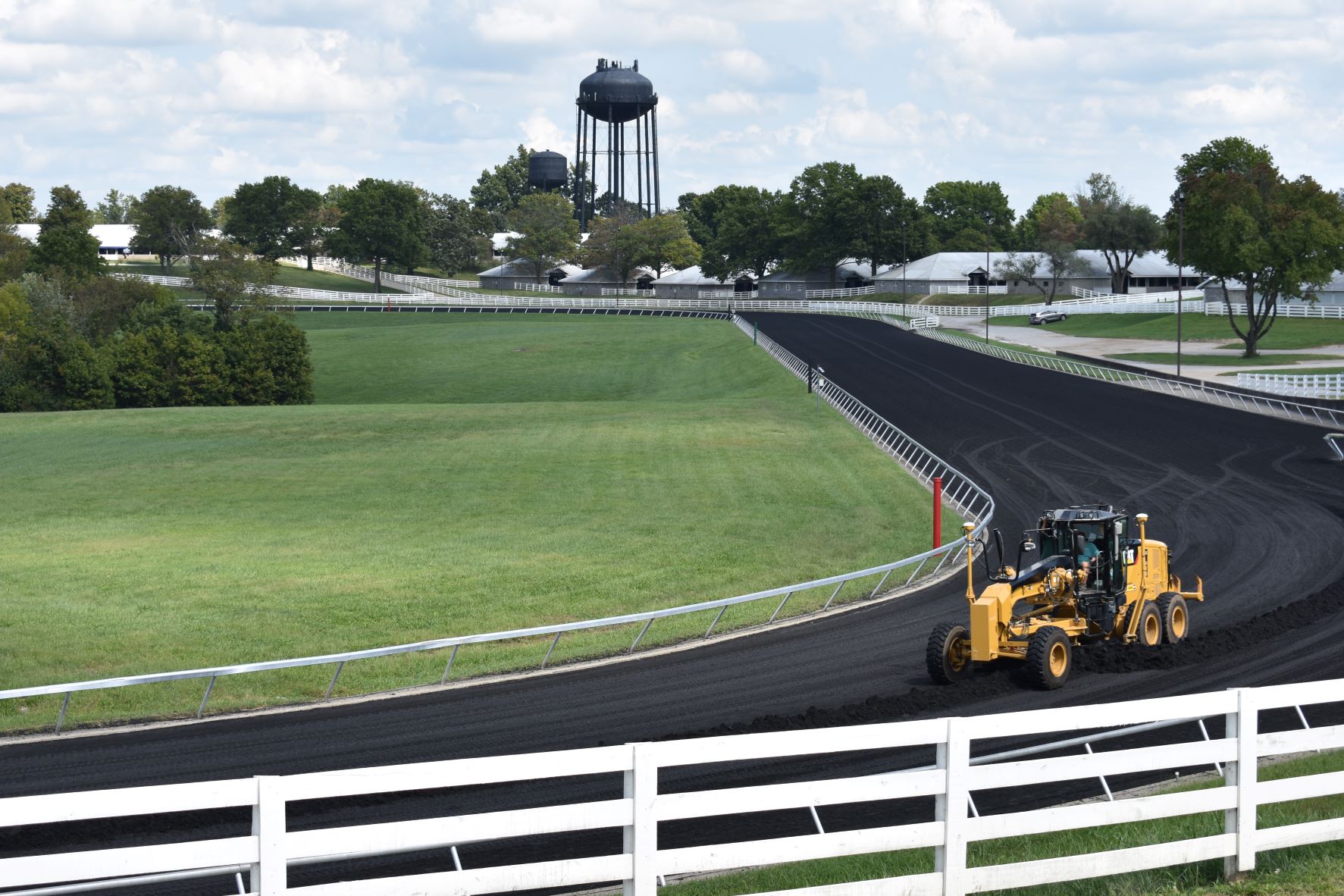 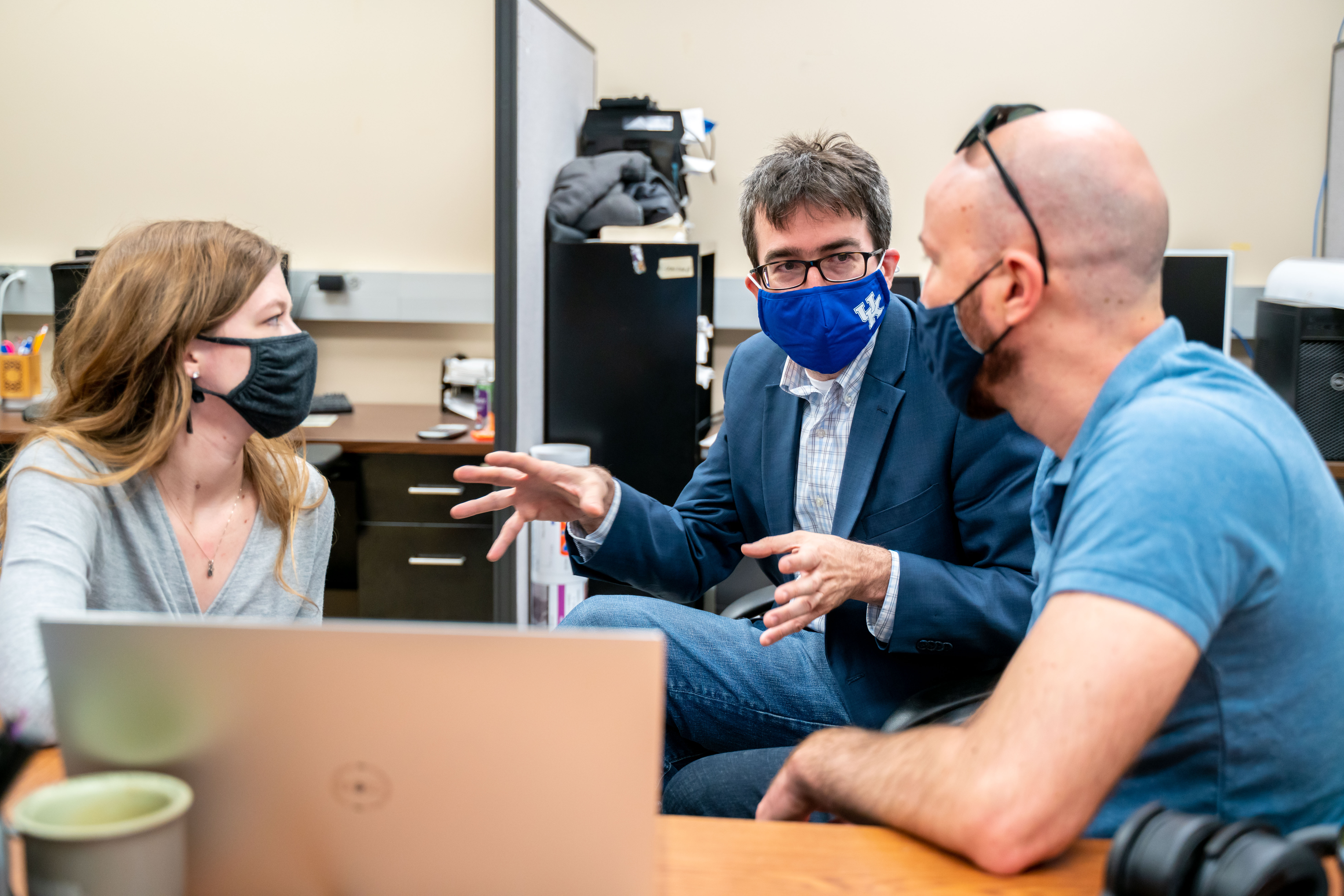