The annual Dean’s Faculty Awards ceremony was held April 23 at the Hilary J. Boone Center. Awards were given in the areas of research, service and graduate studies. The annual Dean’s Faculty Awards ceremony was held April 23 at the Hilary J. Boone Center. Here are this year’s recipients of Dean’s Awards: 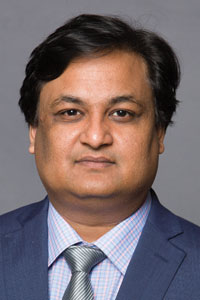 Computer science majors voted Islam the best teaching assistant in the department. Islam handles difficult assignments, including lecturing to CS 215 classes, with skill and maturity. Outside the classroom, Islam is pursuing a Ph.D., researching issues related to cloud computing. For his research, Sparks designed and built atmospheric re-entry capsules that were ejected in space, from sounding rockets. His duties involved supervising undergraduate students and interacting with NASA partners. He also wrote several conference articles and delivered talks on national stages. Department of Electrical and Computer Engineering

A doctoral student working with assistant professor Himanshu Thapliyal in the area of hardware cybersecurity, Selvakumaran has had 13 peer reviewed research papers accepted, including five journal papers. He also received a best paper award at the 12th annual Cyber and Information Security Research (CISR) conference in 2017.

Dean's Award For Excellence In Research Professor Rick Honaker has distinguished himself as an outstanding researcher in the area of extractive metallurgy. He and his team are at the forefront of separating rare-earth elements from coal and coal byproducts, which will result in a sustainable research program for the future. Production of rare-earth elements in the United States has become a high priority for the Department of Energy (DOE). In 2017, Honaker received a $7 million grant from the Department of Energy to produce rare earths from Kentucky coal sources and $1 million for other REE projects. Using an environmentally-conscious and cost-effective process, Honaker’s team produced a 98 percent pure rare earth concentrate from a coal source—a groundbreaking accomplishment in the energy industry. Since 2015, Honaker has authored or co-authored 25 peer-reviewed journal publications, in addition to many refereed conference proceedings. He received a patent in 2015 and has applied for two more. Recent honors include the prestigious Robert H. Richards Award from SME for “substantial contributions to the advancement of minerals and coal processing research, technology, education and professional service”, the Distinguished Alumnus Award from the Virginia Tech Department of Mining & Minerals Engineering and the SME/AIME Mineral Industry Education Award “for contributions to the enhancement and sustainability of mining engineering education.”

Dean's Award For Excellence In Research Associate professor Nathan Jacobs has distinguished himself as a strong presence in the computer vision community. Research colleagues at institutions such as MIT and UC Berkeley describe his work as insightful, clever and even surprising because he is able to extract information from images in ways that didn’t seem possible. Jacobs possesses the combination of enviable technical depth and natural creativity. His specialty is developing learning-based algorithms and systems for processing large-scale image collections. His current focus is on developing techniques for mining information about people and the natural world from geotagged imagery, including images from social networks, publicly available outdoor webcams, and satellites. Jacobs’ work has been funded by DARPA (CSSG and GCA), IARPA (FINDER), and two Google Faculty Research Awards. In 2016, he received the prestigious NSF CAREER award for a project seeking to extract useful information from billions of geotagged and time-stamped images and fuse it into high-resolution global models that capture geo-temporal trends. Jacobs has published in all the top computer vision venues and presented at numerous conferences. Since 2015, he has published four articles in refereed journals and 17 refereed conference publications. In that time, he has also delivered 22 talks at conferences and institutions of higher education throughout the country.

Dean's Award For Excellence In Service In addition to her role as an integral researcher in the college’s Institute for Sustainable Manufacturing (ISM), associate professor Fazleena Badurdeen has served as director of graduate studies for the Manufacturing Systems Engineering (MFS) program since 2013. Badurdeen’s passion for making the MFS program nationally recognized has led her to take it to a new level. Under her leadership, the MFS program has become the college’s first and only fully online program. Several new courses have been added, while significant changes have been made to other courses that make them more appealing to incoming students. As a result, enrollment in the MFS program has increased substantially, and is continuing to grow. Badurdeen is the founding chair of the ISM International Forum on Sustainable Manufacturing, an annual event that attracts participants from academia, industry and government. Badurdeen serves in the Provost’s Faculty Sustainability Council, a technical advisory group to the President’s Sustainability Advisory Committee (PSAC), charged with integrating sustainability considerations in UK’s curriculum and research. She also serves as chair of a UK committee exploring the development of a supply chain joint degree program. In 2017, Badurdeen was one of six educators selected for a national expert educator team to align higher education curricula with manufacturing workforce needs.

Dean's Award For Excellence In Service Professor Hans Gesund has taught structural engineering at the University of Kentucky since 1958. He spent over 25 years on the University Senate, participating in various committees. He was on the Graduate Council three terms, the Undergraduate Council four terms and was that council’s representative on the Community College Faculty Council. He also served on the judicial committee for student appeals and the University Parking and Transportation Advisory Committee. In the Department of Civil Engineering, Gesund has served as department chair, director of undergraduate studies and director of graduate studies. He has served as chair of the Engineering Faculty Advisory Council for 18 years and is also on the College of Design Faculty Advisory Council. Gesund has held a joint appointment with the UK College of Design School of Architecture for close to forty years, and its historic preservation program since its inception. Gesund is a veteran (Korean war) and a retired Major, Corps of Engineers, U.S. Army Reserve. He has donated more than 28 gallons of blood to the Kentucky Blood Center. 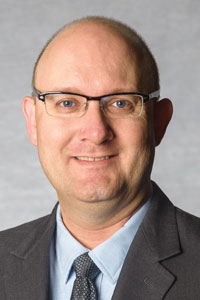 Jeff Seay is the PJC Board of Trustees Engineering Associate Professor of Chemical Engineering at the University of Kentucky College of Engineering Extended Campus in Paducah. Since leaving industry to pursue an academic career in 2008, Seay has sought to achieve excellence in all aspects of teaching. His efforts have been recognized with the 2013, 2017 and 2018 Outstanding Teaching Awards in Chemical Engineering at the Paducah campus, as well as the 2017 Provost Outstanding Teaching Award. In 2013, Seay was recognized at the national level as the inaugural recipient of the AIChE Sustainable Engineering Education Award. In Paducah, Seay has taught an exceptionally broad range of core courses in chemical engineering including senior capstone design. In addition, he has developed an elective in the area of sustainable power and energy that has been delivered in both traditional and online formats, serving large numbers of students in Lexington and Paducah. Beyond the classroom, Seay is a strong proponent of engineering education through undergraduate research, experiential learning and international opportunities. Recently, Seay was named a Fulbright Specialist and granted an appointment as Visiting Associate Professor at Makerere University in Uganda, where he has taught his sustainability elective and participates in the co-advising of graduate students.