Electrical engineering is consistently one of the highest-paid and most in-demand careers. Nearly every industry relies on electrical engineers to create both the underlying power and communications infrastructure and the consumer products that power our lives. Electrical engineers understand how to design and make the hardware that helps our newest intelligent tools and machines – and houses and cars – get smarter, smaller, cheaper, faster and safer. And when radical new technologies appear on the horizon that will dramatically change our technological landscape, one thing is certain: they will come from the imaginations of electrical engineers. 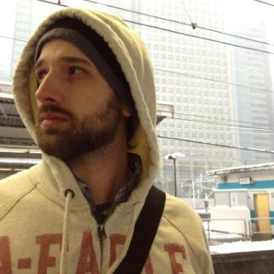 Phillip Profitt participated in a co-op with Toyota in Georgetown as well as research with Dr. Lau at the IDEA Lab. He was hired as the only native US graduate to work for Sony Playstation in Tokyo. He now resides in Seattle where he works with Microsoft. Austin was in the Marine Corps where he served in Afghanistan for 4 years active duty and 4 years reserve. While at UK, he did an internship with NASA Swampworks Rapid Prototyping Lab. He also participated in research on robotics where he gained extensive experience in computer visualization and was responsible for developing software to mesh together 3D images from depth cameras for SLAM. Now he works on technology development to advance resource utilization on the Moon and Mars for NASA.