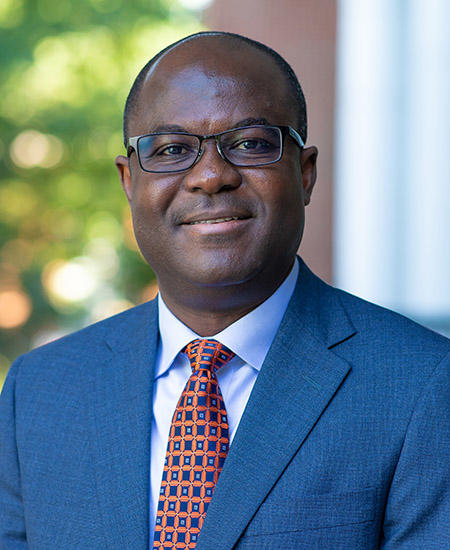 Nelson Akafuah has been named the inaugural chair of the University of Kentucky’s new Department of Engineering Technology. He will also assume the role of director for the Institute of Research for Technology Development (IR4TD). Previously, Akafuah served as a lecturer in the Department of Mechanical Engineering and associate director of IR4TD. He succeeds Kozo Saito, who served as director of IR4TD since 2007.

After two years as a post-doctoral research scholar at UK, Akafuah has remained at the university, having served as an assistant research professor and associate research professor in the Department of Mechanical Engineering, research & development manager for IR4TD and director of the automotive production engineering undergraduate certificate developed in partnership with Toyota.