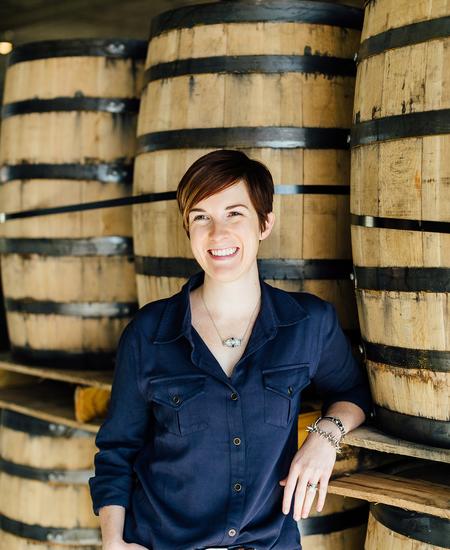 Alex Castle was the first female head distiller in Tennessee, overseeing all facets of production at Old Dominick Distillery in Memphis. She was promoted to the role of master distiller in January 2019.

Castle joined Old Dominick after fifth-generation owners Chris and Alex Canale decided to revitalize their pre-prohibition family whiskey brand and open a distillery in downtown Memphis. In the first year Alex joined the team, she designed the distillery floor, oversaw the installation of all of the production equipment, and in 2016, distilled Memphis’ first batch of legal Tennessee whiskey for the first time since Prohibition.

Castle’s first bourbon, released in 2018, is called Huling Station Small Batch High-Rye Bourbon, the name pays homage to the original warehouse where founder, Domenico Canale, sold his whiskey from the 1860’s up until Prohibition. Domenico, the Canales’ great-great grandfather, owned and operated a wholesale grocery business, and Huling Station served as the perfect location to operate his booming spirits business as well.

In August 2020, Castle was elected president of the Tennessee Distillers Guild. In her role, Castle will lead the Guild in its initiatives.

Prior to joining Old Dominick, Castle served as a distiller at Wild Turkey in Lawrenceburg, Kentucky.