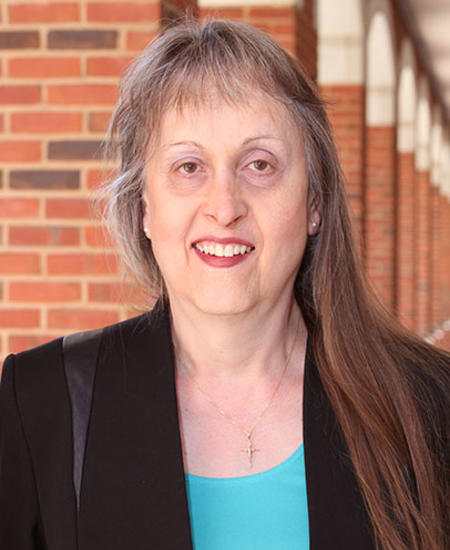 These are young people who would like to be engineers and if that’s what they want to do, then I’m going to help them. That’s really the bottom line. I’ll help them get there.

In 2012, Laura Letellier (BS Aeronautical and Astronautical Engineering, 1977) was living in Chicago, Illinois, having just retired from industry; however, she still had service agreements with her previous employer to research the design of medicines at the nanometer scale. Letellier knew that without the support of a university, she wouldn’t be able to make much progress; therefore, she decided to take action. After contacting the College of Engineering at the University of Kentucky, Letellier found herself riding to Kentucky with two friends to explore a possible new chapter in her life. After meeting with Associate Dean Kim Anderson, Letellier knew that UK was the right place to bring her research. She was also offered another great opportunity: teaching within the new First-Year Engineering (FYE) program.

“Dr. Anderson pointed out that, because of my age, I had seen certain things involving what may be called ‘revolutionary engineering’ that a lot of people younger than me had never seen. I was sort of at the end of that generation where new things were rapidly emerging and we were using them to do things that were never done before like get to the moon, develop nuclear power or use lasers.”

While applying for the lecturer position, Letellier had doubts since she didn’t have “the kind of background everybody else around here did.”

“I may have street cred, but I don't have wall cred. I don't have the academic credentials that the rest of the people around here do, so I knew I was coming to an environment where I couldn't put things on walls. Nobody was going to call me doctor. That was the biggest hurdle, knowing that I was going into an environment where I didn’t have the instant credibility.”

Four years later, Letellier is one of the most beloved lecturers in the FYE program. This past June, she won a “Teachers Who Make a Difference Award” from the UK College of Education. Students have described Letellier as a teacher who pushes them to do their best, one who shows real interest in their academic and personal lives. Before COVID-19, Letellier would hold office hours on Sunday and Thursday evenings in the lobby of Woodland Glen 3. It became so popular that Letellier had to bring in teaching assistants.

Letellier also advises multiple organizations on campus. She is advisor for the Chabad Jewish Student Organization and is leader of the Teaching Student Veterans Faculty Learning Community. Letellier served 20 years in the military: four years of ROTC, five years of active duty and the remaining years in the reserves from which she retired as Lieutenant Commander.

She is also advisor for STEMgiQueers, which originally was known as EngiQueers. Letellier and members realized there was no organization specifically for LGBTQIA students who are STEM majors. The officers of STEMgiQueers, along with Letellier and Anderson, decided to expand their organization to all STEM-oriented colleges, which prompted the name change.

Though Letellier has accomplished much in her personal and career life, she is most proud of her decision to move to Kentucky.

“There I was in Chicago. I had retired from the military. I had retired from the industry. I had a pretty decent consulting practice with a couple of clients—one of them being Pfizer, which was quite lucrative. But I also knew that I had this hunger to move our design in medicines research forward and just kind of do things I've never done before; learn things I’d never done before and step up in front of classes.”

Like any big decision in life, Letellier was nervous about her move from Chicago to Lexington for many reasons. One concern pertained to how she would be received as an LGBT member in this new city.

“I didn't know if I would step off-campus and be the victim of a hate crime; but then again, this is what I was called to do. It’s been incredibly difficult and lonely but when I look at the faces of the students, I see the benefit. When I look at the research that we're doing and the potential benefit of it, if we're successful, to all of humanity, it makes it worth it.”

After settling in and getting to know the people around her, Letellier says she’s grateful for the people who welcomed her.

“The directors I've had, first Dr. Janet Lumpp and now Dr. Doug Kalika, my department chair Dr. Mike Johnson, my faculty brothers and sisters, have all been wonderful. For example, my department chair treats me just like a senior member of the faculty. I've even been on a selection committee to hire a faculty member, which is something I still can't believe to this day.”

Reflecting on her journey at UK so far, Letellier believes it’s a privilege to meet students and teach every week.

“These are young people who would like to be engineers and if that’s what they want to do, then I’m going to help them. That’s really the bottom line. I’ll help them get there.”