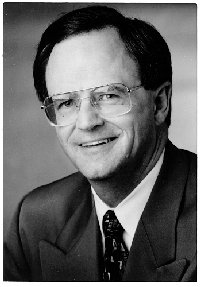 Born in Earlington, Kentucky, Lee T. Todd Jr. received a Bachelor of Science in electrical engineering in 1968 from the University of Kentucky. He pursued graduate studies at the Massachusetts Institute of Technology on a Hertz Fellowship arranged by Dr. Edward Teller, developer of the hydrogen bomb. After earning his masters degree in 1970 and a doctoral degree in 1973 and receiving six patents, Dr. Todd returned to the University of Kentucky and joined the electrical engineering faculty as an assistant professor. During the next nine years he was promoted to associate professor, published numerous research articles and was a perennial favorite among students. He won a number of teaching awards including the UK Alumni Association’s Great Teacher Award.

During his tenure at UK, Dr. Todd also founded two high-technology firms, DataBeam and Projectron. He is currently President and Chief Executive Officer of DataBeam, a manufacturer of high-resolution teleconferencing systems. The company has partnerships with such industry giants as Microsoft, AT&T, Motorola and MCI. Under his leadership, Projectron became a leader in flight simulation technology. In 1993, Dr. Todd sold the company to Hughes Aircraft Company. He worked closely with city, state and university officials to recruit Hughes Display Products to relocate to the University of Kentucky Coldstream Research Center.

Dr. Todd has received numerous awards for his technical work and his entrepreneurship. Included among these is induction into the Telecon Magazine Hall of Fame (1991), Inc. Magazine Entrepreneur of the Year, Award of Achievement in Industry, Kentucky Society of Professional Engineers (1990), Industrial Scientist Award, Kentucky Academy of Science (1991), the Outstanding Alumnus Award, UK College of Engineering (1989) and the Outstanding Business Leader of the Year, Beta Sigma Gamma honor society, UK Gatton College of Business and Economics.

Dr. Todd spearheads several programs aimed at improving science and mathematics instruction on all levels throughout the Commonwealth. He founded and chairs the Kentucky Science and Technology Council. Todd currently serves on the UK Research Foundation, UK Telemedicine Service Advisory Board, UK Robotics and Manufacturing Systems Center Advisory Board, Georgetown College Board of Trustees, KU Energy Corporation Board and Bank One-Lexington Board, among others. Recently he was appointed to the Governor’s Task Force on Post-Secondary Education. He is a member and former chair of the Board of Deacons at Calvary Baptist Church.

Dr. Todd and his wife, the former Patricia Brantley, reside in Lexington and have two children, Troy and Kathryn.