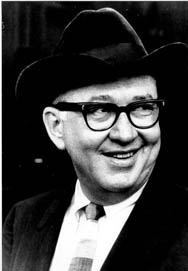 Mr. McDowell supported loans and scholarships in Engineering as early as 1965 and, as a former Drum Major of the UK Band, he funded three scholarships annually for members of the UK marching band. It was through Mr. McDowell’s generosity that the College of Engineering was able to establish the Terrell-McDowell Chair in Construction Engineering and Management. Construction is a very important part of Kentucky‘s economy and this funding enabled the College to establish an instructional program to prepare students for careers in the construction industry, to conduct research on construction problems, and to provide professional development programs for those already in the field.